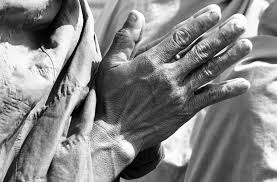 Barbara: Looking back, I feel Deep Spring Center began in a fortunate way, unfettered by bonds to any specific tradition. My own spiritual path for much of my life was as a Quaker and through Quakerism I found my introduction to meditation. Through three decades my meditation practice evolved into practices akin to vipassana and dzogchen but free of labels, forms and cultural attachments. When I finally directly met Buddhism itself, my meditation was already well established. Thus, I was able to try on the forms and experience them deeply without any sense of attachment or obligation to a specific tradition.

When I began to teach I did so totally without outer form or ritual. Most of those individuals drawn to join me were not Buddhists. They were followers of all religions and of none, people who aspired to live with more love and skill, people who realized that an experiential understanding of mind/body process and a deeper opening into the heart of being were paths to freedom. Within a few years, Deep Spring Center was established as a non-profit, non-denominational center for the teaching and practice of nonduality. Thus, the Center found itself in a different situation than dharma centers which reflect a specific tradition and incorporate the forms of that tradition into the practices. The foundation practice was simply a balance of insight meditation and various purification and heart-centered practices.

If this dharma door was to be accessible to people, it was important not to lodge the teachings in any one system of thought but to use whatever language gave people clearest access. If through vipassana practice I experience emptiness or impermanence, these are not “Buddhist” experiences. Resting in pure heart/mind is not an opening to “Buddhist” awareness. Of course these are universal truths or they would not be truths. Buddhism provides a vehicle to point us to the experience and a terminology with which to discuss those truths.

What phrasing will make these teachings/practices available to a non-Buddhist student? What will obscure it? I was moved on a ten day retreat by the experience of a deeply Catholic woman, weighed down by an inner sense of unworthiness, bent posture reflecting that weight. We worked with vipassana and also with tonglen, or “giving/taking” practice. I had suggested that as she worked with tonglen, drawing in suffering, she release it to Jesus. After some days she knocked on my door late one night, positively radiant, standing tall instead of stooped, and announced to me that the unworthiness was gone. “Jesus took it,” she reported.

I came to see that, like myself, many students had been alienated by the outer trappings of the religions in which they were raised. Of course, at best the forms are expression of the essence but often that was not what we experienced. We had looked for depth from spirituality and found what at first glance seemed to be only empty ritual and words. With such confused childhood models, we grew to refuse those forms as we sought essence.

Yet, as the guiding teacher, I had to ask what we had lost by not participating in these traditions? What part of that which has been lost is frill and what’s essential and how do we replace the essential without immersing ourselves in specific religious or cultural tradition? The answers are only slowly emerging. Our present approach is not an answer with a capital “A.” It is a path, ever evolving because each person who walks through the door is unique and will have their own best way of entering it. I find this whole path is part of our creation of a unique Western Buddhism. This is not a process. With “process,” there is already a plan and a self to activate the plan. This path is just being, present without any knowing, present in each moment with whatever we find there.

Do NOT follow this link or you will be banned from the site!